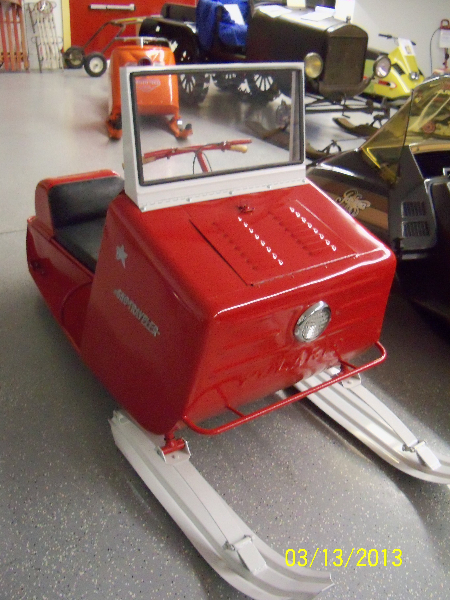 1964 Comet prototypes on glacier fields at Mt. McKinley were good in those tests.  So Polaris created the Comet with its first engine up front.  Even though the sled performed well in pre-production testing, it was a major failure on the market.  Consumers soon discovered the sleds simply didn’t work in typical snow conditions.  The Comets that were either returned to the factory or weren’t delivered to dealers were retrofitted with roar engines and sold starting in 1965 as the Super Pacer model.