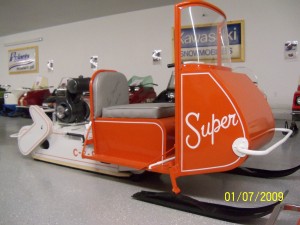 Dear Paul Crane,Thank you for your interest in my work developing snowmobiles.   I was born in Denmark in 1916.  I was born naturally mechanically inclined.  Trained in mechanics and welding, I was successful in metal fabrication, including smelting, forging, metal casting and steel fabrication and machining.I immigrated to Canada with my wife, Herdis, and our first child, Linda, in 1951.  I opened General Machine and Welding with Carl Richter in 1953.  At General Machine and Welding we did custom metal fabrication and machining, for example, custom built body parts for Versatile Tractor and architectural metal fabrication.  Our work can be found in many buildings in Saskatchewan, Manitoba and Ontario.  As well, we made custom machinery and tools.  I always say nothing is impossible.   Impossible only takes a little longer.In 1956 we began developing a prototype for our snow machines.  If Mike Bosak could build a snowmobile, I certainly could, and do it better.  There definitely was a market here in Manitoba for fishing, trapping and for access to the northern environment to aid in northern development.   My idea was to make something that was faster than snowshoes.   My prototype is now owned and restored by Valdi Stephanson in Minnesota.Our first machines went on the market 1959.  We manufactured 2 models, “The Super” and “The Pony”, both under the name Boggona.   Each machine was handmade, and because we were continually improving and developing them, no two machines are alike.Mr. Crane, your machine has a handmade suspension mechanism.   I only made 2 machines with the handmade suspension, the first two machines we made.  After that we had them cast.  This means your machine is one of the first two we made.  We also made a machine with a reverse gear and a bigger engine.   It is marked C-2-M.  The M stands for Master.   We made only one, and I don’t know where it is.

Between 1959 and 1964, 5 prototypes were made and 50 machines were mass-produced.  It became difficult to compete with other manufacturers like Polaris and Bombardier Ski-doo, who had larger, faster production, which allowed them to sell at lower prices.  We decided to focus on other successful aspects of our manufacturing, such as the architectural fabrication and custom metal and machine fabrication. 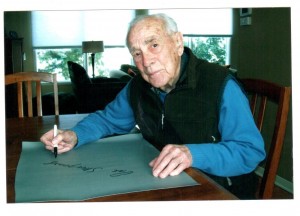 Thank you again for your interest.   I have included some photographs for you to add to your collection.